The first single – Side by side – from my forthcoming album is now available. It describes a journey from Paris to London and is my small contribution to the debate about Europe, and a plea for tolerance and diversity. Rhys Wilson arranged and produced the song, and delightfully so. Here’s the video of the song:

It was  filmed in >and around St Pancras station, Gare du nord, Gare de l’est and Gare de Lyon. I’m grateful to the SNCF and St Pancras for the publicly available pianos – the grand at the Gare de Lyon is especially wonderful. And I’m even more grateful to the people of Paris and London for going around their daily travels and inadvertently (and in one lovely moment a the end of Verse 1, advertently) participating in the film, and for proving that what makes us different makes us shine. If you like and approve of it, and are into social media, please do share it. I still hope it’s not too late to change people’s minds.

And as it’s that time of year, here are my musical highlights from the last twelve months:

I’d like to wish you a very happy Christmas, and all the best for 2018. Thankyou all for your continued support.

It was a friend who worked for the British Antarctic Survey who first told me the story of John Rae, the Orcadian doctor and explorer. 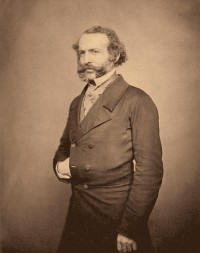 Rae was born at the Hall of Clestrain in Orphir in 1813. He qualified as a surgeon in Edinburgh and in 1833 left Scotland to work in Canada, first as a ship’s surgeon on board the Prince of Wales, and then in Moose Factory for the Hudson Bay Company, where he was to stay for 10 years.

Rae, in contrast to most of his white contemporaries, respected the First Nation people, learned vital skills from them and dressed like them to face the winter cold. From the Cree he learned how to make snowshoes and hunt caribou, and from the Inuit how to build snow shelters.

Rae was asked by the Hudson Bay Company to complete the mapping of the Arctic coast. He was a remarkable athlete – in one two-month period he covered 1200 miles on foot – and he spent whole winters in the far north. His expeditions filled many gaps and confirmed the existence of the North West Passage.

In 1848 Rae was asked to help search for the men of Lord Franklin’s expedition. He learnt from the Inuit that 40 white men had starved to death and had resorted to cannibalism in their final days. However when his report reached London, it led to an outcry. As my friend says, ‘Royal Navy chaps don’t eat each other’. Or as Charles Dickens put it, no white man should believe the Inuit who were ‘savages and liars’.

Later expeditions proved Rae and the Inuit right. However by then Rae was thoroughly discredited and his own discovery of the North West Passage was attributed to Franklin. His achievements were written out of history. My friend suggested that, as Franklin already had songs to his name, I might like to write a tribute to a true hero of the floes. I hope the song does him justice.