John Meed is a singer-songwriter based in Cambridge, UK, who writes and performs in the folk and acoustic traditions. He has released seven albums and performs both as a solo artist and with a group of local musicians.

John was born in Manchester, England, and grew up in Rochdale, Lancashire before moving to a small village just outside Milton Keynes. He has since lived in Leeds and Cambridge, and has spent time in France and Spain, both of which have had a profound influence on his songwriting. He played and wrote songs from his teenage years on, but did not begin recording until 2005 when he released his first album. The Children of the Sea describes the flight to exile during the Spanish civil war of the Spanish poet Antonio Machado and the title is a loose translation of the final line of Machado’s poem, Retrato. The album also included his reworking of the Aesop Fable The ant and the grasshopper. 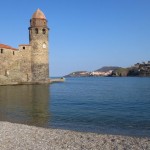 John’s second album, Powder of the Stars, was released in 2006, the title inspired by French artist Charly Devarennes, a good friend from the southern French town of Collioure. The album also featured his signature song, The last bus to Leeds. On his more recent albums he has collaborated with a wide range of musicians including Stu Hanna from Megson, Cliff Ward from The Willows, Matt Kelly and Lucinda Fudge from Thursdays Band and flamenco guitarist Miguel Moreno.

R2 Rock’n’Reel commented in 2012 that ‘there is a political edge to John Meed’s songwriting’  which reflects his life-long commitment to left-wing politics and activism. The title track of his fourth album, Pavilion Parade, talks about the 2010 student protests against the increase in tuition fees, and in particular the occupation of the Pavilion Parade building of Brighton University, in which his son took part – it is the focus of a short film by Greek documentary filmmaker Alexandros Papathansiou. Thesalonika describes the life of Greek resistance fighter Zoe Kaltaki whose struggle and exile in  Czechoslovakia reflected the turbulent events of the twentieth century. Rue Mouffetard draws on the tradition of the Chanson française to describe a street in the Latin Quarter of Paris and to reflect on the events of the 1871 Paris Commune. When the music ends, the title track of his third album, expresses his distaste for racism.

His 2013 album The Dust of Time includes Moelfre Hill, a song inspired by the coastal hills of North Wales and the strange coincidences that life provides (described in The Abergele Post). October Wind describes a chance meeting in Grantchester, one-time home of the poet Rupert Brooke and playground for many of the Bloomsbury set. His sixth album, The Hills of Arran, released in 2015, was co-produced with multi-instrumentalist Rhys Wilson and featured several collaborations with writer and singer Tara Westover.

His songwriting has been compared to that of Al Stewart, Leonard Cohen, Christy Moore, Jacques Brel and Richard Thompson. His other influences also include John Lennon, Ray Davies and Eric Bogle. He has played at folk and acoustic clubs across the country and at Cambridge Folk Festival, Cromer Festival and Woodfest, and has shared stages with Waterson:Carthy, Philip Henry and Hannah Martin, Megson, Brooks Williams, Al Parrish, Martyn Wyndham-Reed, The Willows and Joe Solo.